By Trish Fleming, Heather Crawford, Clare Auckland and Mike Calver.   Despite thousands of years of domestication, pet cats (Felis catus) retain a strong hunting drive.  It is therefore easy for cats to survive independently of people.  Today in Australia, it is estimated that there are 1.4–5.6 million feral cats in natural environments, and another 0.7 million stray (‘semi-feral’) cats in highly modified environments such as urban areas, refuse dumps and intensive farms [1]. Each of these hunts native and introduced species every day to survive.

While they usually take prey that are less than 100g, some cats take larger prey.  For context, a house mouse would average 20g and a black rat is about 200g.  We predicted that it would be larger cats that took larger or more difficult-to-handle prey.  Because male cats average 36% heavier than females, and have 20% greater bite force, we therefore assumed that these larger male cats would take the largest prey.

To test this prediction [2], we collected a sample of 567 feral and stray cats that had been euthanised because they posed a risk to native wildlife or were controlled as nuisance animals. For two thirds of these cats, we could also identify what they had last eaten.

Large male cats do indeed represent the greatest risk in that they have greater body mass and bite force that would allow them to handle a greater range of prey. But the strongest predictor of prey size was the age of the cat, with older cats taking the largest prey. Cats are opportunistic, generalist carnivores taking a broad range of prey. Their ability to handle larger prey increases as the cats grow, increasing their jaw strength, and improving their hunting skills.

However even young and small cats had been active hunters, and many had taken large prey species. Some of the youngest cats in our sample had tackled and consumed large and potentially ‘dangerous’ prey that would likely have put up a defence. Twenty-seven percent of all cats were aged 5–10 months and, despite their youth, the cats had eaten a variety of prey, many of which require considerable skill to capture and subdue without injury to the cat. For example, one had eaten a highly venomous western brown snake, three had eaten monitor lizards, six had eaten parrots, five had consumed black rats, and three had consumed brushtail possums. Consumption of such ‘dangerous prey’ illustrates just how quickly cats become adept hunters following weaning.

Overall, cats had consumed at least 23 reptile species, including monitors, dragons, skinks, geckos, snakes and ground burrowing blindsnakes. Birds were also common in the diets of the cats studied. At least seven parrot species had been taken by cats, many of which are ground-foraging species. Notably, 11% of cats had feathers or body parts of Australian ringneck parrots present in their stomachs and it takes skill to sneak up on this larger gregarious species. 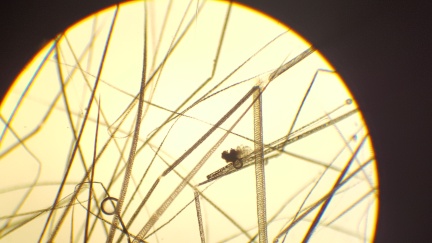 Feral cats are the single largest threat to biodiversity regardless of ecological context, with 142 native species and subspecies (including 40 mammal, 40 bird and 21 reptile species) listed as threatened by feral cats [3]. For example, feral cat predation has been implicated in the extinction of at least 22 mammal species in Australia [4]. Marsupials weighing 35 g–5.5 kg (termed the ‘critical weight range’, CWR) from low rainfall areas have been particularly vulnerable to population decline and extinction [5-7]; animals within the CWR are ideally-sized prey for introduced eutherian predators, including the feral cat. While there is no doubt that other factors such as habitat clearing, increasing salinity/aridity, altered fire regimes and other introduced pest and predator species all threaten Australia’s native fauna [8], feral cat predation has had the most rapid, dramatic and demonstrable impact on species’ survival [9].