By Trish Fleming.  750 mammal experts made the long trip to Perth last week, to discuss breaking research on their favourite furballs at the 12th International Mammal Congress.  There were up to 10 parallel sessions, which made it difficult deciding which talks to attend at any one time – no two attendees would have come away with the same combination of talks and data swimming through their heads.

The theme of the conference was Advances in Mammalogy in a Changing World, which was interpreted through the viewpoints of 600 spoken and poster presenters.

Don Bradshaw, Marilyn Renfree and Norberto Giannini described the evolutionary uniqueness of their favourite mammals – marsupials and bats – and how their reproductive and feeding biologies responded to unforgiving environments and feeding opportunities.  The biological adaptations shown in these taxa evolved in response to changes happening over millions of years, but threatened species currently face challenges over the span of a mere few hundred years.

Krisofer Helgen spoke about changing species distributions over the last 200 years as portrayed through the pages of museum and hunting records.  This theme was extended through symposia on ‘The vital role of mammal remains in reconstructing recently extinct faunas’ and ‘The role of climate and environmental change in megafaunal extinctions’.

Impacts of changing climate were described in terms of boom and bust rainfall-driven cycles in arid Australian zones (Chris Dickman; symposia on ‘Behaviour and ecology of dryland mammals’), increasing global climatic temperatures (Duncan Mitchell; symposia on ‘Wild ecophysiology: How free living mammals work’), and dynamic Arctic environments, where melting icepack has seen polar bears and narwhal move greater distances to find food (Terrie Williams).  There were important lessons here about managing wildlife based on misleading assumptions – for example based on flawed understanding of thermal biology, or extrapolating from domestic animals (which are often small and easy to work with) to make predictions about truly wild species acting naturally under wild ecosystems. 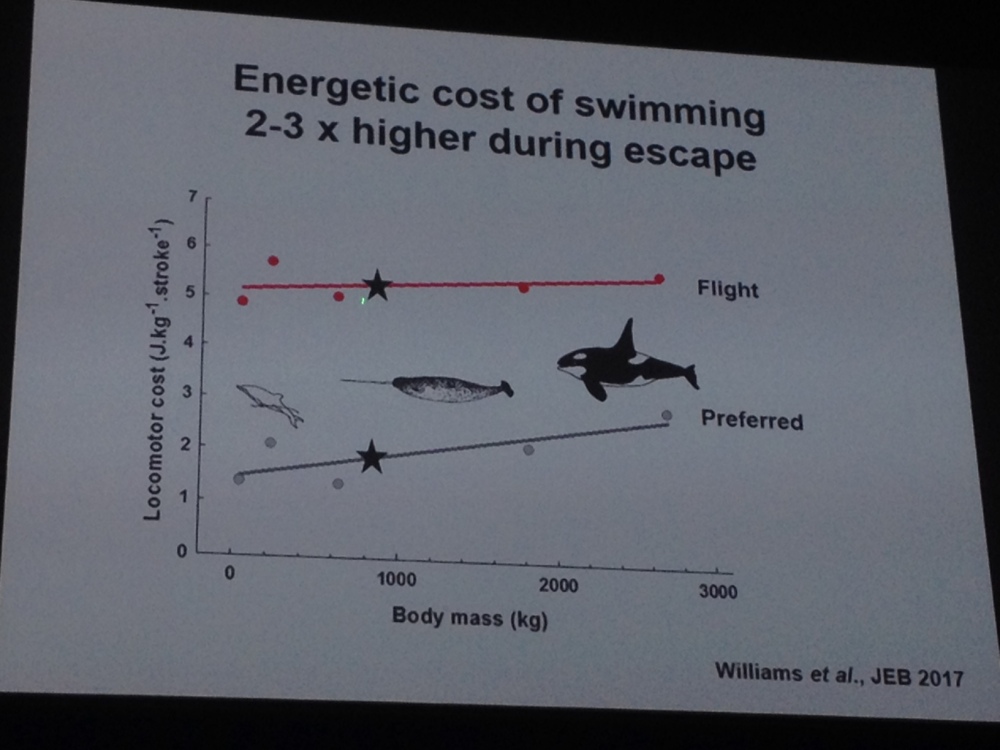 Taxon-specific workshops were convened as part of the conference, including marine mammal, mustelid, bat, and IUCN SSC Canid and Small Mammal Specialist Groups.  There were many, many more open sessions, describing research on all mammals great and small.

A number of tools and approaches to wildlife conservation were discussed, with symposia and workshops on conservation hunting of large mammals, genetic surveys, camera trapping, remote sensing equipment, and implantable physiological monitors.

A diversity of institutions were represented throughout the programme, capturing wide-ranging viewpoints on how to tackle mammal conservation.  Susan Hunt captured the proactive role of zoos in breeding and release programmes to vouchsafe species on the brink of extinction, capturing the power and imagination of 700 million zoo visitors annually.  Symposia on ‘Safe havens for threatened mammals – islands and exclosures’ continued this theme of managing threatened species through protected populations as well as through mitigation of predation impacts (i.e. predator control and tools for improving prey survival) to get animals ‘beyond the fence’. 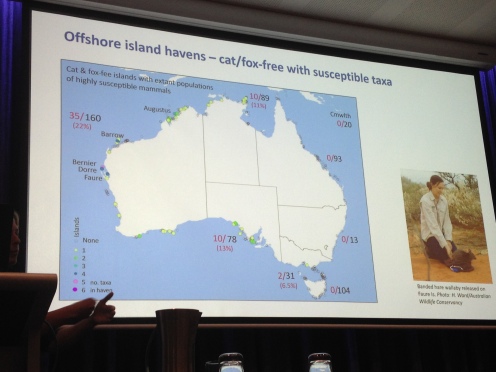 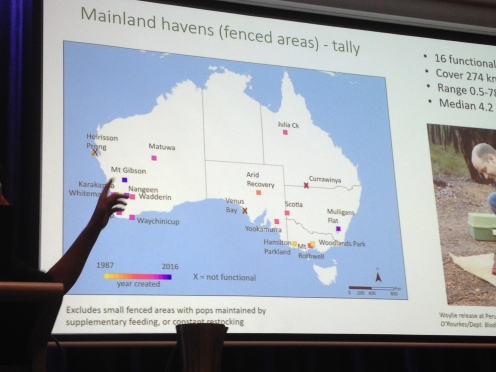 David Macdonald gave an eloquent plenary describing the 43% reduction in lion population numbers over three lion generations, such that today, two thirds of populations are below carrying capacity.  The plight of lions is a story of their exploitation by and conflict with humans, with 14 countries using the lion on their national emblem, while only two carry the conservation costs of extant populations.  The future of this iconic species needs to be recognised as a global imperative and David proposed that conservation action could be supported by putting a monetary value on using threatened species for product endorsement.

The record of human impacts on our environment was continued through symposia on ‘Mammals in anthropogenic landscapes’.  While some mammal species take the opportunity of anthropogenic niches to thrive, the challenge for most wildlife management is recognising where such changes threaten persistence of vulnerable species.