By Emily Webster and Janine Kuehs.  Many lucky residents of Mandurah and surrounds will have seen or heard about the bandicoot also known as quenda. You might even be proud to share your backyard with a quenda or two. But quenda areimpacted by expanding urban development fragmenting their habitat, and the presence of introduced predators such as foxes, cats and dogs.

The Murdoch bandicooteers set up motion-activated cameras in backyards and nature reserves throughout Mandurah, in an attempt to capture the secret activities of quenda in urban environments. It’s important for us to understand how quenda use these spaces, including gardens and remnant bushland, how they interact with our pets, and what types of garden habitats are best for them, so that we can develop strategies to minimise our impact on this iconic and important native animal.

In winter 2017 and summer 2018, our hidden cameras were placed out in gardens and bushland reserves. Quenda were seen running through gardens, hiding under shrubs, foraging, raiding compost, and even mating!

Unfortunately quenda were not the only residents spotted. The cameras also captured many red foxes in backyards and neighbouring reserves. Foxes were introduced to Australia, and are an invasive pest species.  Foxes are significant predators of native animals, small and large. Foxes were mostly active at night, and were seen taking native birds and even quenda as prey. 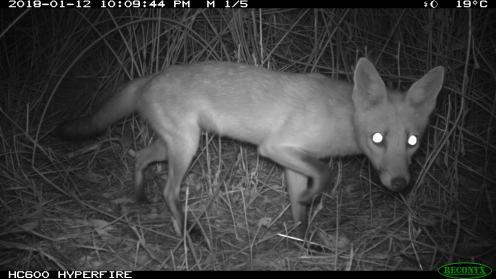 It’s not all bad news though! 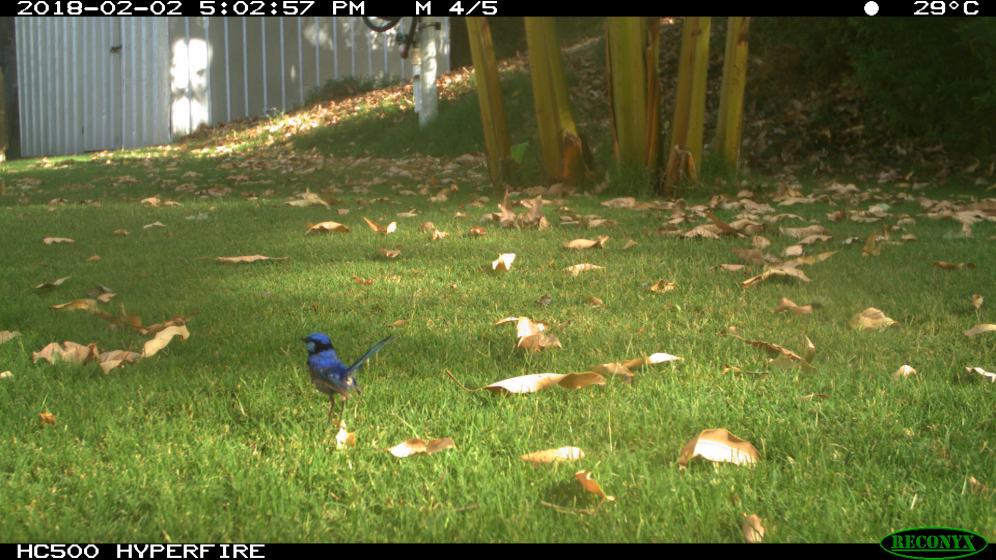 Some gardens were also lucky enough to have critically endangered ringtail possums using the urban spaces, as well as the more common brushtail possums, as well as kangaroos, and reptiles. 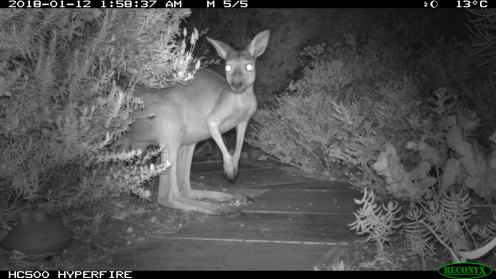 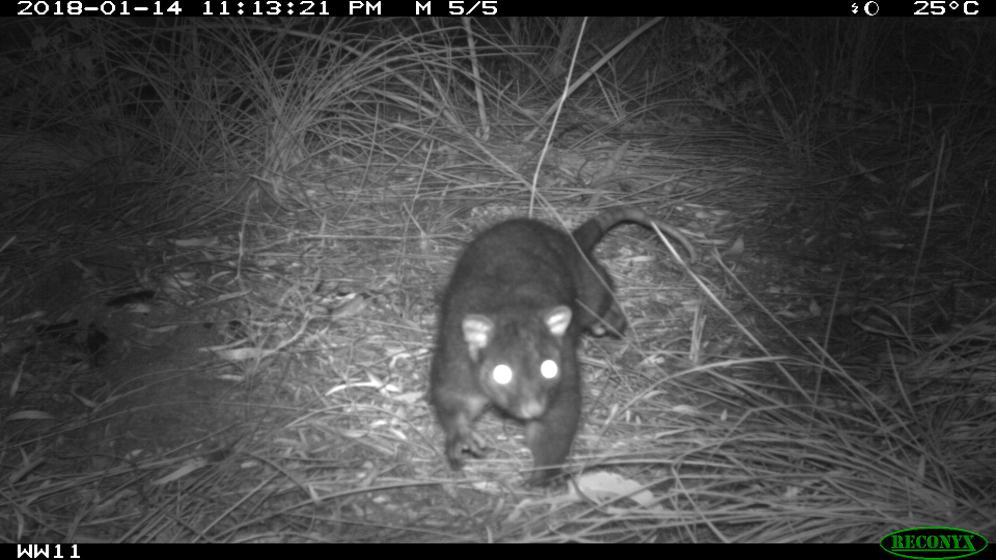 We were pleased to see such diversity and activity, and thank the participants and City of Mandurah for their collaboration.  For further details of the Backyard Bandicoot project, visit our website!